How do these questions get answered (if they get asked at all)?

Um…are you crazy? Those liberals are the big problem…Those conservatives are hurting our country.  Can’t you see how Those People are destroying our country?  We need to learn to fight them better…not this ridiculous attempt to understand them more…

Why is this rhetoric so much more common? Because one way of thinking (narrative) about politics, liberals, conservatives, disagreement and agreement has become so dominant as to “render other options unthinkable.” 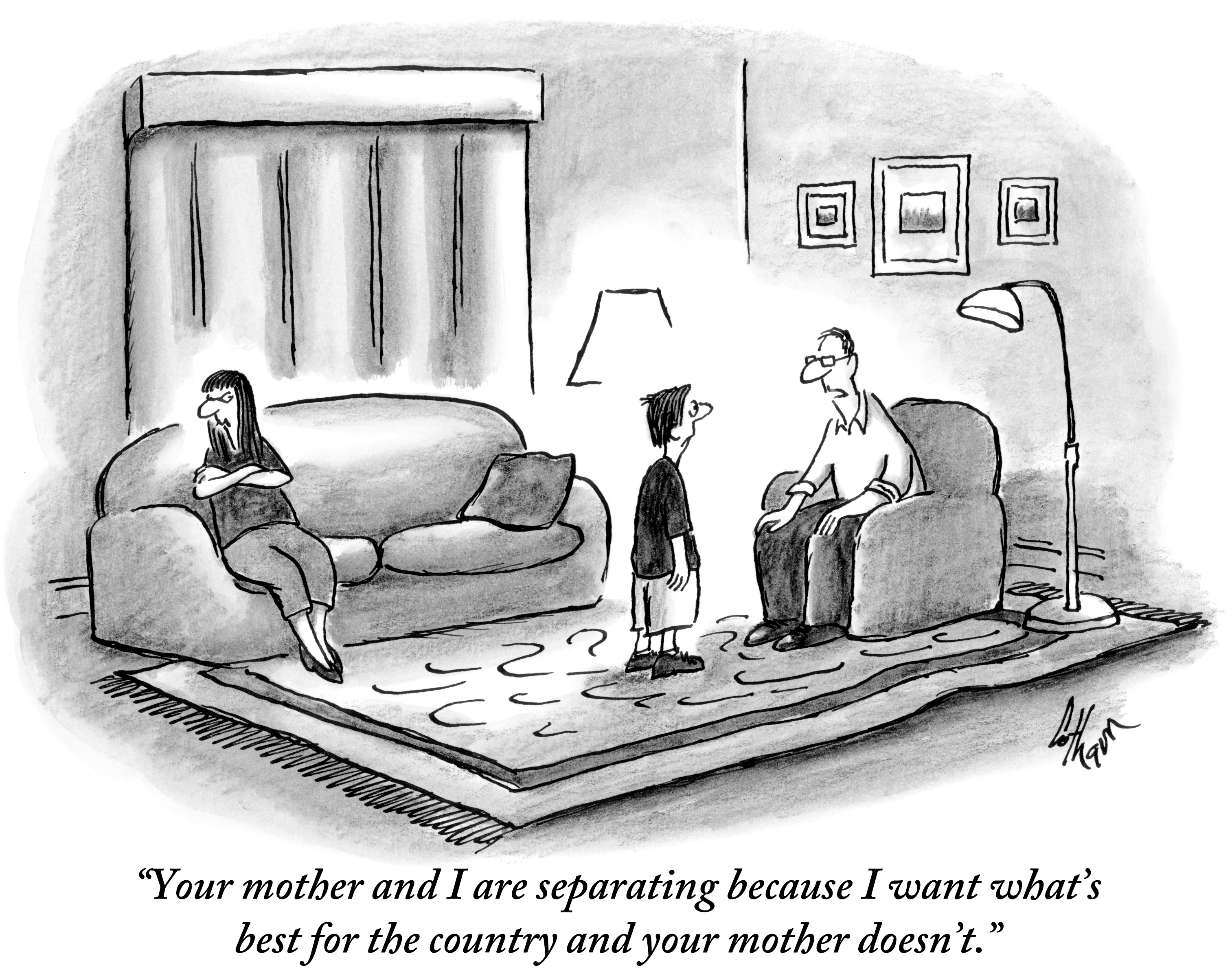 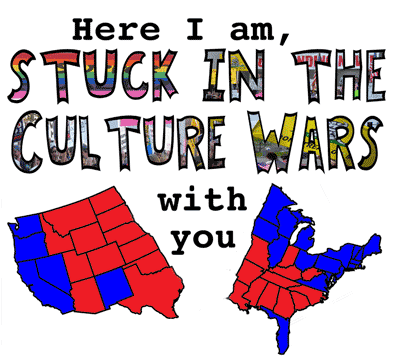 With so many crucial and important issues facing society today – from nuclear threats, to health crises, to disconnection, to mass shootings – even if we could talk about these issues together, it would be a deadly serious time….

But, of course, we can’t even do that. But can we relearn?

My dialogue beginnings. My interest in liberal-conservative dialogue began when I left my conservative community in Utah to attend an ultra progressive graduate program at the University of Illinois. I began my studies there unsure I could say what I really thought.

After my younger brother passed away from cancer, I was surrounded by love from my super-duper-liberal classmates and professors. My lesbian neuroscience professor became my dissertation chair and an amazing mentor figure. My feminist professors inspired me with new possibilities in how to confront domestic violence and work with mental illness. And in partnership with a gay classmate, we did an interviewing study of local citizens about difficult cultural issues that taught me a ton:

At one point, I was invited to co-facilitate a liberal-conservative dialogue seminar class for undergraduates between 2006 and 2007. We published an evaluation of this class, the first of its kind in the nation:

Working with Phil.  When I was presenting the results of this seminar at at national conference, a professor from the State University of New York came up and said, “I’ve been looking for someone like you!” He had just finished a book called “United We Fall: Ending America’s Love Affair with the Political Center” about how valuable perspectives on the left and right are being silenced and declared “extreme” by moderate voices in the middle. Phil invited me to a long dialogue about all our disagreements. We published what we learned from the experience in this book:

Neisser, P. & Hess, J.Z. (2012). You’re Not as Crazy as I Thought, (But You’re Still Wrong): Conversations between a Die-Hard Liberal and a Devoted Conservative) Dulles, VA: Potomac Press.

Phil and I later published these reflections on our experiences in the Huffington Post:

Since that time, Phil and I also have had some fun opportunities to present about dialogue in various college classes, and to the National Coalition of Dialogue and Deliberation:

And we were invited to give a workshop in Flint Michigan to a community organization wanting to spark more productive exchange. Later, we were brought in by Grinnell College in Iowa to offer some joint workshops (one of the sweetest experiences of my life):

Since then, I’ve had additional opportunities to teach and train about dialogue, including a fun trip back to my alma mater:

Hess, J. Z. (2014, October). The (bright) future of liberal-conservative dialogue and why it’s worth the hard work. Diversity & Social Justice Education Lecture Series.  Sponsored by the Office of Inclusion and Cultural Relations, University of Illinois, Urbana-Champaign.

And a powerful experience co-leading a session with one of my favorite trustworthy rivals in LGBT/religious conservative dialogue:

Over the years, I’ve had several opportunities to speak directly to a “conservative take” on dialogue and how to attract more conservatives to dialogue, including these two:

In 2015, Phil and I were honored by Public Conversations Project in Boston for our work together (SUNY-Potsdam, News Release). This video was made around this time to help promote the possibility of what Heidi Weaver-Smith calls “treasonous friendships”:

Working in Utah. I always knew I wanted to do more in my home state.  So after moving back, with support from Living Room Conversations, I began working on a reconnaissance to learn about past local efforts in promoting understanding across divides.  It turns out, a lot of wonderful things had already happened! (Softening the Great Divide(s) in Utah: A True Story).  Collaborating as well with Utah Humanities and the Village Square, I began working to help cultivate our local ecosystem, ultimately creating our own Utah chapter of the Village Square (bringing together religious and non-religious, liberal and conservative citizens to learn how to promote higher-quality conversations…and maybe even have some fun together in the meanwhile!). This piece recently published on the Bridge Alliance blog summarize some of our efforts over these years: Preserving and Protecting Our Precious Civic Ecosystem (re-posted on the Living Room Conversations’s Huffington Post blog here).

Each year, we try to come up with a “season” of events to help promote higher-quality conversation in our state – based on the issues that feel in greatest need of more conversation. For instance, this was one of our season flyers:

Here are some of the highlights from our local team’s work in Utah:

It became clear how much people wanted more than just watching other good examples of dialogue on stage:  they wanted to do it themselves!  So we looked for ways to promote smaller gatherings in homes.

Check out this summary video, “Why We Need Living Room Conversations”:

These promotion efforts included filming an example conversation and sharing highlights from this conversation online:

The Utah Citizen Summit. Ultimately, these efforts led to a bigger event bringing together national speakers and local dialogue training for a day-long celebration:

Here are some highlights from the event:

Carol Mikita also produced a half-hour special between general conference that drew upon interviews with some of the national leaders we brought in for that event:

Red blue sexuality dialogue. By far, the stand-out highlight of my red/blue dialogue experience has been an extended conversation with a politically and sexually diverse group of dialogue experts – a group we affectionately came to call the “Sextet” following two national presentations:

I’ve written other public calls to dialogue over the years:

Dialogue after the Trump election. In the age of Trump, I’ve also written the following:

Mormons in the sociopolitical madness. As things heat up politically, I’ve focused some of my writing on more general socio-political issues specific to Mormons as well:

Mindfulness & dialogue. I’ve also long been fascinated at the interplay between mindfulness and dialogue: Some Mindful Advice in Connecting with Your Political Opposite (And Not Hating It) [posted soon on the blog @ BenFranklinCircles.org]. At the upcoming Utah Citizen Summit in January, I will also be co-presenting with Shelly Sawyer-Jenson on “A Mindful Approach to Dialogue:  The Art of an Honest Question.”

From my climate change conversations with Joan Blades, I also wrote this: Warming Up to Global Warming: A Case for Climate Dialogue

We created this climate dialogue event at the Village Square as well:

Creating our dialogue practice network. When one of the pioneering leaders in the dialogue field passed away (creator of an organization that had inspired my own work for years: Public Conversations Project, now called “Essential Partners“), I wrote this tribute: Celebrating a Founding Mother of American’s Dialogue Renaissance

A long-term dream became reality this last year when the Bridge Alliance gave us a grant to bring this same organization’s Power of Dialogue series to Utah as part of an attempt to further cultivate the local ecosystem. Out of that, we are creating a Utah Dialogue Practice Network to support both citizens and community leaders who want to refine the “craft” of dialogue in their own neighborhoods and spheres of influence. This Bridge Alliance blog summarize some of our efforts over these years: Preserving and Protecting Our Precious Civic Ecosystem (re-posted on the Living Room Conversations’s Huffington Post blog here). Here is the flyer that provides more details – and here is a link to where you can apply for the Utah Civic Engagement Fellowship.